I wish it were possible to recognize at the beginning of our life’s story what an incredible journey we are truly on. If so, I would have sat down years ago and begun documenting all the ordinary and extraordinary events in this amazing life I have been blessed with. Sometimes, though, it may take just one more thing to open your eyes into the beauty of the life you have led and causes you to pause and truly count the blessings that are now so many they will never be enumerated.

If you are just joining us, please go back to September 2012 to get caught up.

I'm not sure how Thursday will have me feeling. Pretty sure it won't be any different, but one never knows.

I've reread posts from that time this week. And I am so grateful that I wrote about it in real time. The pieces and parts that I've all but forgotten now and so interesting to read as I am on this side of things.

The clear memory from that moment was relief. We had an answer and could move forward. I was convinced we wouldn't get an answer at all; that we would be left hanging further. But no, my wish was granted that day. An answer.

Was it the answer I hoped for? No, I feared so much that I didn't understand about DS.

Was it the answer I knew in my heart already? Yes.

One year later my days and nights are not consumed with an extra chromosome.

A year ago, I would have found that hard to believe. Really hard.

Nearly 9 months into the world of the 21st chromosome and life is more the same than different. And the differences really have very little to do with T21 and much more to do with 4 kids.

How do 47 chromosomes impact my life right now?
That's it.  3 things.  All of which seem pretty minimal in the scheme of life.

Don't get me wrong.  This is not the case for all families connected to DS.

In the hundreds of moms I've had the privilege to meet, there have been (and still are) many medical ups and downs.

But I am sure you all have a story of a kiddo who has been sick. Really sick.  And most likely, they did not have Down syndrome.

Crummy things happen every day.  But for our family, DS is not one of those things.

One year later....I love deeper.  My kids. My husband. Myself.

One year later....I have more faith, grace, hope. These make up the cornerstones in my life.

One year later....I am quickly growing to be the person I am destined to be. 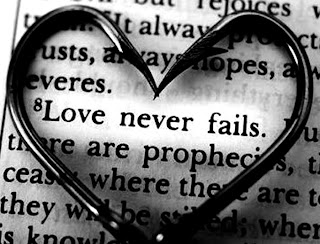